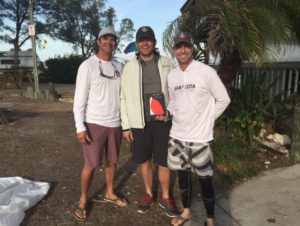 overall.  The Series is a three-part event raced during weekends in December, January, and February.  SSS Regatta Chairman Travis Yates did an outstanding job with the Series, putting together a great Race Committee and, with the exception of a few “weather days”, some great sailing conditions. Speaking with Travis 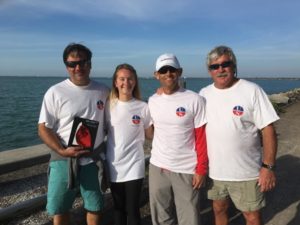 following the last day of racing he commented “It was great to have so many GYA clubs and individuals competing during the Series and I really appreciate off who came down to the southernmost GYA club to support the event. The Squadron is 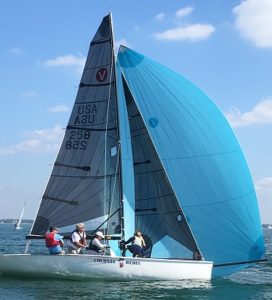 excited to be a part of the GYA and we look forward to participating in this new level of competition.” Travis and his hometown crew of Mike Meighan and Dave Hilmeyer finished 3rd in the Series.

The team of Kevin Northrop, Dave Bolyard, Ellis Ollinger and Miia Newman finished 5th in the Series and in the last weekend of racing, taking a 2nd in the final race behind the overall winning team. Great job!!

Finishing third for the final weekend was the all Sarasota team of Will Stocke, Nicky Manson, Lilly Meyers and Angelo Mahtela—the last two who are part of the Squadron’s junior sailing program. 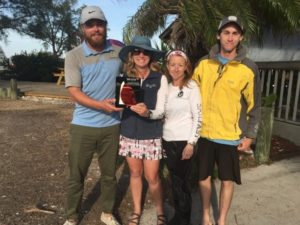